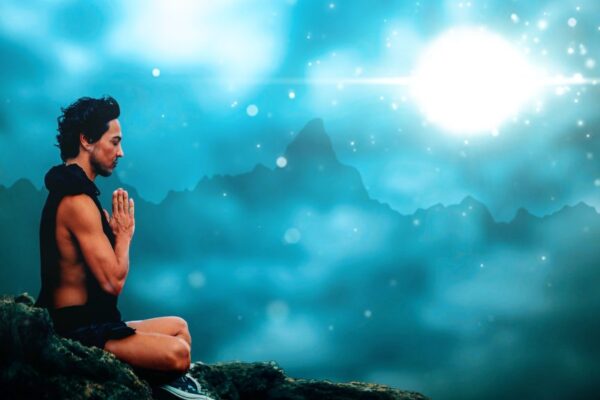 BRAHMACHARYA: WHAT IS IT?

Desire is the clothing of all creation.
Desire is the enemy of Knowledge and Light.
The enemy of Wisdom – Wisdom plunges into the flames,
That greedy flame in the guise of desire.”
“Mahabharata.”
What do you know about Brahmacharya and https://www.julianalucky.com/yoga-for-kids? Surely in most cases you have encountered this interpretation of the concept, such as sexual abstinence. However, it is only one aspect of this principle. In our article, we will look at what is actually meant by the principle of Brahmacharya and how to practice it. 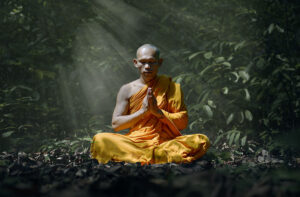 Brahmacharya – control of desires
Brahmacharya (Sanskrit. ब्रह्मचर्य) is the fourth principle of Patanjali’s Yoga Sutras, the moral code of Yama, which implies (contrary to popular belief – that it is a vow of celibacy) self-discipline, abstention from sensual pleasures and the satisfaction of selfish needs, getting rid of addictions and cravings, taking control of one’s desires, eliminating intemperance, moderation in everything. Celibacy could hardly be imposed on absolutely everyone following the spiritual path, regardless of race, time or place of life. For, according to the Yoga Sutras, Yama is a great duty, or the universal vow of Mahavratam, obligatory for all who have set out on the path of spiritual development, and universal.

But control of one’s desires is a necessary condition for the disciple who has set out on the path of spiritual self-development. Therefore, Vyasa’s commentary on the Yoga Sutras in “Yoga-bhashya” can be considered to be close to the truth: “complete control of the function of the genitals, hidden needs and desires. Brahmacharya also refers to “abiding in Brahma,” that is, a state beyond the influence of the ego, attained by realizing one’s divine nature and realizing that everything in the world is in unity and is a manifestation of the one divine essence.

Patanjali’s Yoga Sutras (Chapter II Sadhanapada, Sutra 38) speak of the results of observing the principle of Brahmacharya: ब्रह्मचर्यप्रतिष्ठायां वीर्यलाभः (brahmacarya-pratiṣṭhāyāṃ vīrya-lābhaḥ) – “He who is established in Brahmacharya acquires power.” Virya (energy, power) is increased in one who controls his desires and does not waste energy. When one follows his desires and passions, he inevitably dissipates a huge amount of energy through the Svadhisthana chakra in the direction of the objects of the senses. Then he is deprived of his vitality, wasting it on pleasures. This applies to the gratification of desires induced by man’s sensual nature, but the loss of energy is particularly tremendous when the sexual instinct is gratified uncontrollably.

“Sexuality becomes the primary mode of expression at the level of the Svadhistana Chakra, which is accompanied by enormous losses of vital energy.”

Harish Johari
As long as one’s consciousness is at the level of the Svadhistana-chakra, the primary motivating force in one’s actions will be the pleasure derived from the senses. The more energy goes through the Svadhistana-chakra, the more the need for pleasure grows in us, the harder it becomes to tame it. The lower vibrations energy gets when it is generated by selfish desires. There is nothing wrong with desires as such; their vibrational quality depends on what their nature is.

Is it necessary to practice brahmacharya
Why is brahmacharya understood as a vow of celibacy? A brahmacharya is a disciple who, for a certain period of time, stays in the abode of his spiritual master, the Guru, learns the Vedas, obeys the teacher’s instructions without question, observes certain asquisitions to renounce worldly desires and accumulate vital energy, including the vow of celibacy. The next stage of the disciple’s life, when he returns home from the Guru’s abode, is the life of a householder and the establishment of a family. Nor, therefore, can we consider the vow of celibacy a necessary, so to speak, lifelong condition for following the spiritual path. Brahmacharya does not imply complete abstinence from sexual life if you have a family. According to the principle of Brahmacharya, it is necessary to maintain purity and moderation in sexual relations in the family in order to maintain the lineage and create healthy and virtuous offspring.

There are different opinions about the necessity of following the principles of Yama and Niyama in the life of a person who has embarked on the path of yoga. According to one of them, it is necessary to first establish the practice of Asan and Pranayama before moving on to the implementation of basic moral and ethical principles in one’s life. Nevertheless, it is not without reason that Patanjali mentions Yama and Niyama at the very beginning of the sutras as the first stages of yoga, preceding the others: Asana, Pranayama, Pratyahara, Dharana, Dhyana, and Samadhi. This is the foundation of yoga, which must not be avoided by one who has embarked on the path of spiritual self-improvement. 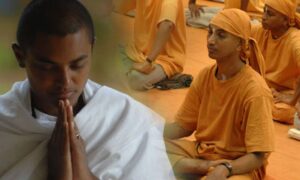 ethical rule of Ahimsa – not causing harm, as Asteya (non-stealing), Satya (truthfulness), Aparigraha (non-stealing), as well as the principle of Brahmacharya, which we discussed in this article, which implies limiting indulgence in selfish desires at the expense of others, especially when using others as means to satisfy one’s personal needs as well as using the senses not for their direct purpose but for pleasure – all principles of Yama are based on the necessary

If you practice yoga only in the physical aspect, then when you do asanas and do not know the principles of Yama, in particular – non-violence, in the desire to assert yourself or to outdo others, you can hurt yourself by overdoing pain while doing asanas and not following the rules of injury safety, because the Ego requires to achieve the desired result as quickly as possible.

We see in the example of the principle of nonviolence the importance of mastering Yama and Niyama as the first task of every spiritual seeker, because the practice of these principles directs us to the true spiritual path. Otherwise we run the risk of joining the ranks of those who entertain entertainments such as “beer yoga” and similar crude distortions of the ancient teachings of Yoga that result from ignoring its fundamental principles. This is one example of how the principle of Brahmacharya is violated by people who do not understand the importance of controlling their desires and living an unconscious lifestyle, who are in slavery to their desires, unable to get rid of bad habits and cravings that have taken over their minds to the point where they begin to implement them in Yoga practice. In this case, yoga becomes a way of pleasure but not a spiritual practice, and such desecration of the ancient teachings will definitely lead to a very unfortunate karmic outcome.