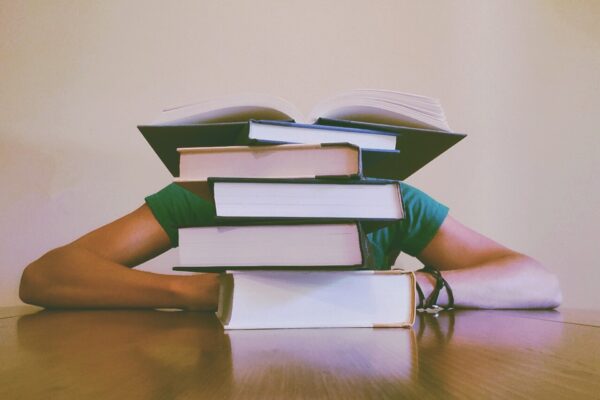 The Specialized High School Exam: A Flawed Test in a Flawed System

Every October, roughly one-third of the eligible eighth-graders in New York City — between 25,000 and 30,000 students — take the Standardized High School Admissions Test (SHSAT) for a chance to attend one of the city’s eight specialized high schools. Admission to these schools is highly competitive, and spots are coveted. While less than 20% of students who take the test receive an offer, 72% of those who are accepted choose to attend. Yet, despite being in New York City, where the overall student body is 72% black and Hispanic, students of color make up only 12% of specialized high school students, a number that is declining.

Reading comprehension passages with questions and answers based on it.

This is due to a flawed and exclusionary education system that negatively affects low-income students and students of color from their first day in the system. In New York City, the clear majority of students are assigned elementary schools that are within their zip codes. For many students of color, this means that they attend schools that face a myriad of problems, including: less funding and resources, less experienced and effective teachers and overcrowded classrooms. This, in addition to the various socio-economic problems that students from these backgrounds already face in their daily lives. Ultimately this results in students from these backgrounds having lower attendance rate, lower grades in key subject areas and lower standardized scores.

Next, because entry to middle school is based on those aforementioned metrics, low-income students and students of color are substantially less likely to attend honors or screened programs. Instead, these students attend schools within their zip codes, which face the same issues that elementary schools face. And, analysis shows that between 2005 and 2013, 88 middle schools, 76 of which were honors or screened, were home to 85% of total student offers to SHSAT schools. Demographic data further revealed that students from these schools came from wealthier, and largely white or Asian households.

In addition to the socio-economic advantages that students who enroll into these strong middle schools typically have, they also benefit from attending the schools themselves. Not only are these schools better funded, they also offer more comprehensive and rigorous curricula. Importantly, these schools also dedicate resources to informing students and parents about the SHSAT, and the high-school admissions process in general.

A natural consequence of attending one of these schools is that students and parents are both more likely to have heard of the SHSAT and students are more likely to be prepared to take the exam. It is here that the inequities in the system become reinforced, adversely impacting students in two key ways: first in deciding to take the SHSAT and subsequently, in earning the requisite admission score.

Yet, it would be a mistake to assume that the SHSAT itself is color- or income-blind. Analysis reveals a flawed exam. Like all standardized tests, critics argue that the SHSAT does not test for ability and potential.

Rather, the test is basically an indicator of income and narrow readiness more than anything. Parents who can afford to invest in expensive preparatory courses and high quality private tutors to give their children an advantage — often added upon prior advantages. In these reading comprehension passages with questions and answers worksheets, students are asked questions about the meaning, significance, intention, structure, inference, and vocabulary used in each passage. Test-prep companies and private tutors are keenly aware of how the test works and impart significant help. Two notable examples of this include:

2. In addition, students who prep generally take several simulated SHSATs under test conditions. Since the SHSAT is administered only once per year, students who receive this preparation are much more prepared, psychologically and otherwise, than those who are taking the exam without having practiced a simulation.

Criticisms of the SHSAT are not solely socio-economic. Two reports that examined the SHSAT found that “Students who receive certain versions of the test may be more likely to gain admission than students who receive other versions” and that “the SHSAT ignores widely accepted psychometric standards and practices.” Psychometric standards are evaluations that test for reliability and validity.

In addition, because the cut-off scores for admissions differ slightly from year to year, being accepted on the margins is largely a matter of luck. And finally, the SHSAT only tests for ability in math and reading, other key subjects, such as science and social studies, are not included.

Ultimately, the SHSAT, and the educational system that it sits within, is deeply flawed. Policy changes must be considered to make the system more equitable.