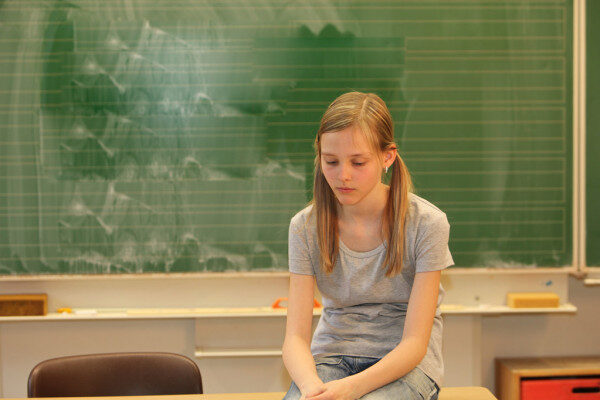 During training, many of the students (both junior and high school)
have certain difficulties in learning the material. В
book by S.N. Kostromina and A.F. Anufriev “How to overcome difficulties in
teaching children” (M., 2000) they are all painted in detail. We will stop
only on some of them.1 Problems with written tasks.
A. Letter skip in written works.
One of the reasons for this problem is a low level
development of the child’s phonemic hearing. The roots of this problem go back as far as
in the preschool period. Sometimes parents do not pay much attention to
pure pronunciation of words in a child’s speech, do not correct it. As a result.
the child can not properly differentiate some sounds. From .
time it manifests itself in misspelling of words or omissions.
letter. Also, a child may have poor concentration of attention. He does not
is able to concentrate for a long time during written work (diktant).
B) Underdevelopment of spelling vision.
Often parents complain that the child seems to have checked his or her spelling.
work, and then you can find a dozen more errors (including skipping
letters mentioned above). This is facilitated by
the non-formation of methods of educational activity (self-control, skills
act according to the rule). Also, this problem may be related to low
attention distribution level. It appears in the following: checking
words that fit under any one rule, he overlooks
words written by another rule. Or listening to the text to write
it is dictation, the child is focused on memorizing it, and there is a lack of it.
Attention so that you can also check your literacy.

Sometimes teachers complain that some pupils in the class simply
are hovering in the clouds. Of course, there may be personal reasons for impossibility.
Focus on explaining the material, for example, a quarrel with a friend,
problems at home. But it can also be associated with a decrease in the level of
concentration and stability of attention, as well as a low level of
arbitrariness (i.e., the teenager does not have enough willpower to engage not
too interesting subject).
Difficulties in solving mathematical problems.
Everyone knows that among children there are also pure humanitarian sciences,
who find it difficult to understand mathematical constructions. But such a problem
occurs if a teenager does not have the ability to orientate himself or herself towards
system of signs or reduced overall intelligence.
Experiences difficulties in paraphrasing text, or
oral responses.
This problem is most common among adolescents who do not have the following problems
The ability to plan your actions has been formed. What would seem to be the connection?
However, to retell the text correctly, you must first find and select
reference points that can be navigated by playing back
read. It’s like in life: to finish a job, you have to be able to…
to see the intermediate stages, i.e. to plan the sequence of
executions. If for a child in use, drawing up an action plan is not.
is difficult, he can easily think of how he will retell the text
or will answer orally. Low level of logical memorization (ie.
sequence) and general speech development may also add
difficulties during the paragraph retelling. If the teenager is anxious or
has a low self-esteem, then for such a child, verbal answers can become
a real challenge.

This complaint against his students is especially common among
teachers working in the fifth grade. We have already said that it is
during this period, the teenager is faced with “multi-demanding”.
subject teachers. Remember right away everything they ask you to do.
Can not, and periodically forgets, then a pen, then the necessary notebook.
However, if similar complaints about a child have occurred before (or after)
the adaptation period of “forgetfulness” has not passed), then the reason should be looked for in the
emotional instability and increased impulsivity of a teenager.

Probably, https://argoprep.com/blog/learning-disabilities/ many of the parents were surprised more than once.
mismatch: the son is given “excellent” for doing his homework, and
The three grades did not rise above the top three for class work. In what
reason, because the child understands everything, and does the lessons at home on their own. А
This is most likely because at home the child performs exercises in his or her own room.
tempo, and everyone in the class is given the same time to complete the task.
Just a teenager is slow, he has a slower pace of activity. Second .
The reason for this may be the lack of formation of educational methods.
activities.

This problem often occurs when attention is disturbed or because of
child distractions. Or, a teenager has a lower level
short-term memory.